Brainerd VFW
National Prisoner of War/Missing in Action
Recognition Day, September 16th
September 16, 2022:  Do you know how many Prisoners of War or Missing in Action soldiers from Minnesota are still missing? According to the Department of Defense POW/MIA Accounting Agency, as of February 11, 2022, there were 1,396 from WWII, 137 from the Korean War, 33 from the Vietnam War, and 2 from the Cold War, making a total of 1,568.

In recognition of those soldiers and their families, the Auxiliary and Post of the Brainerd VFW presented a POW/MIA flag to the Crow Wing County Veterans Service Office in order that they may fly that flag each year on September 16th to honor those still missing.  Accepting the flag is Brianna Lauer, Assistant Veteran Service Officer in Crow Wing County. Presenting the flag (L-R) is Saundra Swearingen and Sue Sterling, President of the Auxiliary, and Kevin Jensen, Sr. Vice Commander of the Brainerd VFW. 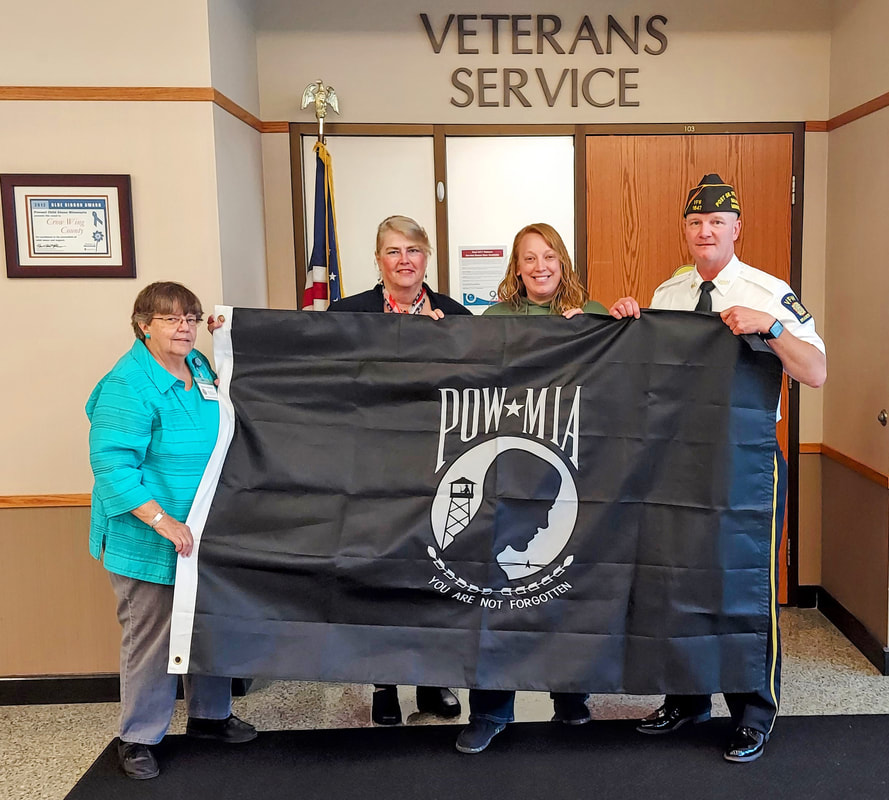 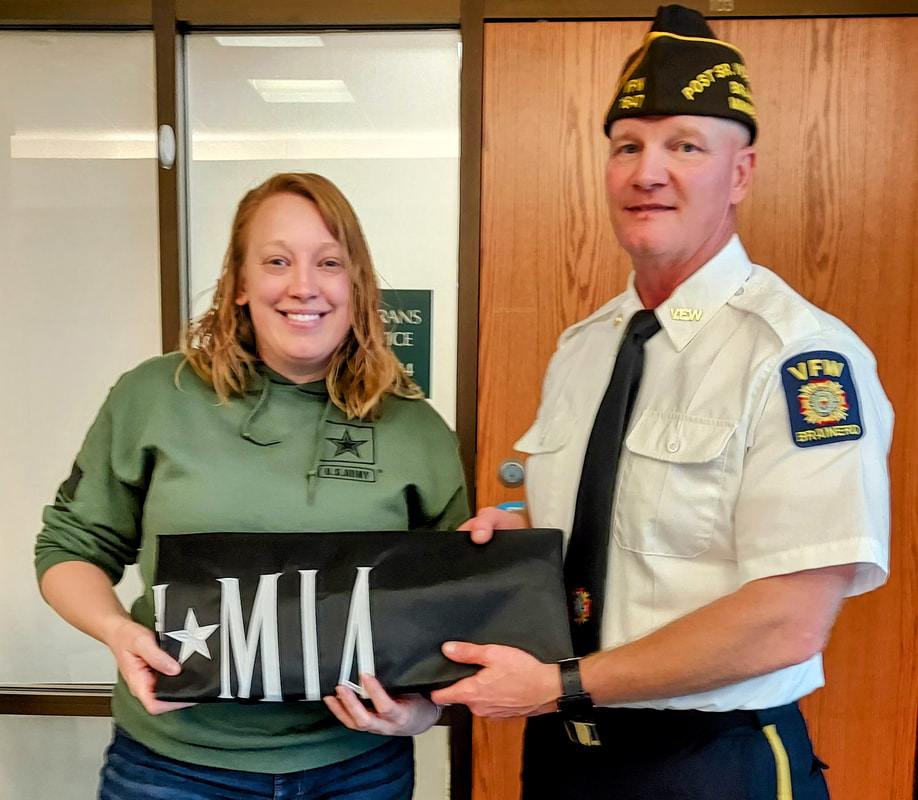 (L-R) Brianna Lauer and Kevin Jensen
The National POW/MIA Flag Act now requires the POW/MIA Flag to be displayed whenever the U.S. flag is displayed at federal locations. This legislation was signed into law by President Donald J. Trump on November 7, 2019.  Find more information at the  National League of POW/MIA Families
Also check out the Lest We Forget Page on this website.